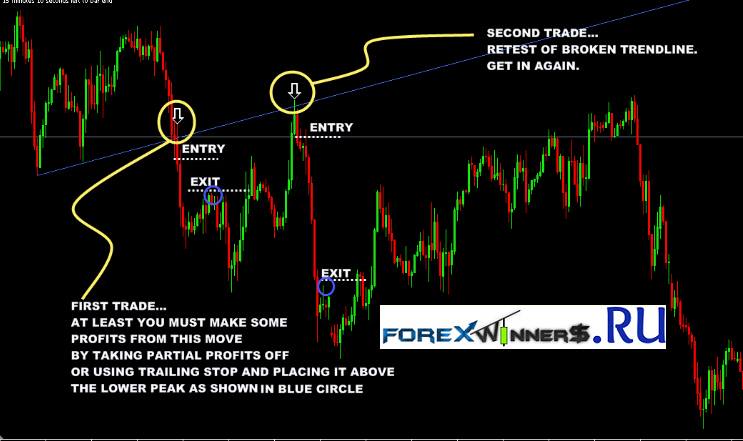 When trade moves by the amount that is risked, move your stop loss to break-even. This is the best practice to preserve your account. Don’t worry about getting stopped out. Better that you get stopped out with break-even trade than with a loss. There will be opportunities tomorrow.

Or what you can also do is (for example…for a long trade), after you are in, watch the lows of the candlesticks that are formed. If the previous low of a candlestick is intersected, making a lower low ( a low that is lower than the previous candlestick’s low) then move your stop loss to break-even. And if that low is once more violated by the next candlestick, you may decide to take some partial profits off. Do the exact opposite for the short entry.
You must also learn to pay attention to reversal candlestick patterns just after entry. Remember I mentioned something about false breakouts that they can happened in 1-3 candlesticks after a breakout? These can turn out to be temporary pullbacks or false breakouts as well.

But whether false breakouts or temporary pullbacks, important thing is to know how to protect your account when you see these things happening.

Trailing stop. This is the real money maker if you apply this technique correctly. Move stop loss and place behind each subsequent peak or trough that is formed as trade moves in your favor.

Don’t use automatic trailing stop loss (you will get stopped out prematurely). Placing stop loss behind peaks or troughs as trade moves in your favor allows you to ride the trend as long as you possible can as it heads towards your profit target or if you don’t have a profit target, you can ride it as long as it goes until you get stopped out hopefully with hundreds of pips.