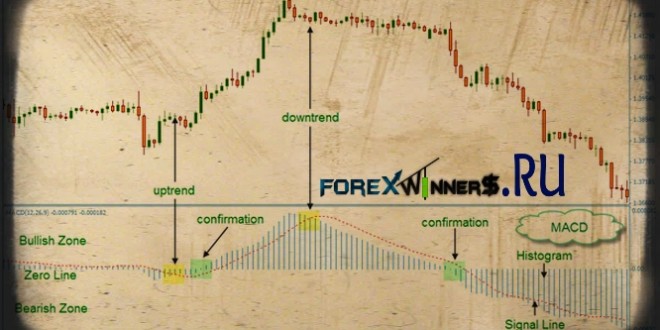 Trade with MACD – Most profitable indicator

The Moving Average Convergence-Divergence, or simply the MACD, is a trend-following momentum indicator. It describes the difference between two Exponential Moving Averages (EMAs). 1. The Zero Line serves as the midline or neutral line between the bullish (upper) and bearish (lower) zones of the MACD.

2. The Histogram represents the distance between the slow and fast EMAs, the 26 EMA and 12 EMA respectively. It displays the degree of convergence or divergence between the EMAs.

3. The Signal Line or MACD SMA is a 9 period Simple Moving Average of the difference of the slow (26 EMA) and fast EMA (12 EMA).

The MACD can be used to identify the trend of the market, trade divergences, and identify relative levels of overbought or oversold conditions. However, I use it mainly to confirm the trend direction.

As I mentioned earlier, the MACD has two zones, the Bullish (upper) and Bearish (lower) zones divided by the Zero line. On the other hand, in the bullish or positive zone, a crossover of the signal line over the histogram is considered a possible reversal signal to the down side, and is confirmed when the histogram crosses below the zero line. Now you know how to use MACD indicator. Happy trading …