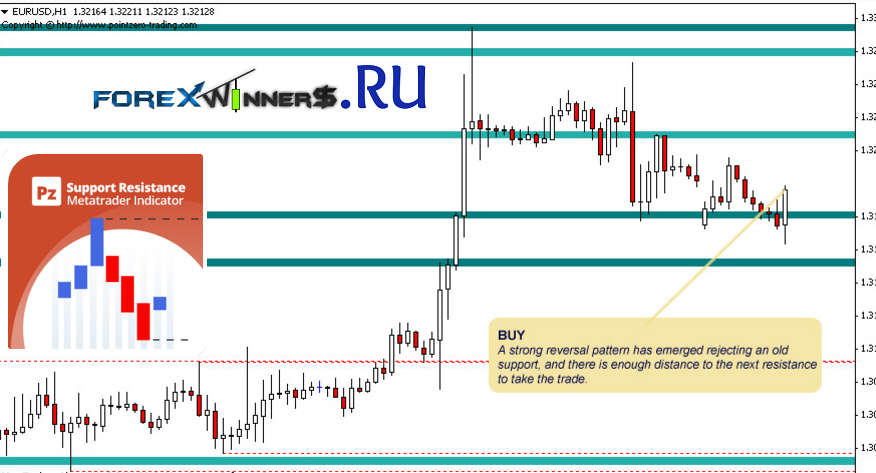 Resistance and support lines are price levels which temporarily stop or reverse the continuous movement of the trend. When the trend is bearish, lines of support are created when the sellers are temporarily (or sometimes permanently) and cannot press the exhausted quote below. Conversely, when an upward trend, the level of prices which the buyers are checked is called a line of resistance.

How to trade using price levels :

The basic and most important usage of price levels it not to trade breakouts like most people think, but to recognize price ranges in which a trade can move favorably without being disrupted. Support and resistance levels are not fixed prices, but price ranges: this is why breakouts do not work very well by their own.

The best scenario to go long is the following:

The goal of using support and resistance lines is to find price ranges in which a trade can move favorably without being disrupted and increase the expectancy of your trades. The perfect setup is a strong rejection of a price level far away from the next one. Below are a few examples.