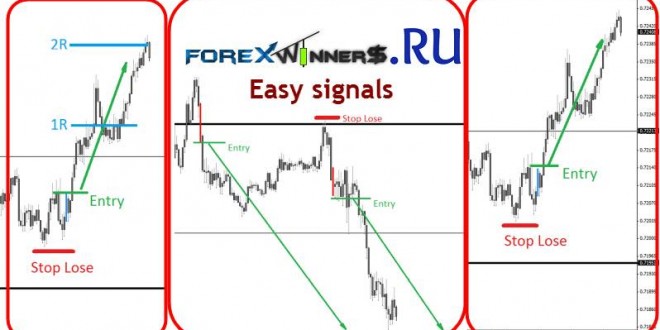 Thick line (1) shows us a long-term interest. Investors were interested in activity around that line throughout the past several days/hours (depending on the TF we chose).
Thin line (2) shows us a short-term (current) interest. Investors have been making transactions around that zone throughout the past several minutes or hours (depending on the TF we chose).

How to use it practically?
It is very simple. The lines’ arrangement tells us about the currently dominating sentiment on a given .  Thin line under thick line – bear market – we sell.
The second part of the system is an algorithm that analyzes prior behavior of the price and on its basis calculates probable places for further movement.

SL order should be placed at the last swing high (for sell trades) or at the nearest resistance level (if close).

Where to put a TP order :
Firstly, take note of the trade momentum. Does the price move dynamically or does it remain in one place for a long time? Based on that, you can determine your expectations as a simple R:R balance.

An open order that generate profit can be secured by a BE order. For example, if your trade generates profit of 1R and the price moves very dynamically, you can use a BE order which will secure this transaction in case the price reversal.
Also remember that BE can sometimes deprive you of potential profit, as it sometimes happens that a price take a significant turn and then gets back to its trend.