People queue up to make a transaction at an ATM machine outside a closed Cyprus Popular Bank (CPB) branch in Athens.

Cypriot Finance Minister Michael Sarris says there has been “significant progress” in talks with the EU and IMF aimed at securing a bailout.

Mr Sarris was also quoted by Reuters as saying Cyprus was considering a 25% levy on deposits of more than  £85,000  in its biggest bank.

Cyprus has to raise 5.8bn euros (£4.9bn; $7.5bn) before Monday to secure a 10bn-euro loan.
Parliament has approved restructuring the island’s banks, among other moves.

But it rejected a levy earlier this week, before EU pressure brought the proposal back to the table. The rejected proposal included a levy on smaller deposits.

Mr Sarris was speaking after talks with the “troika” of the EU, the European Central Bank and the International Monetary Fund. He said discussions could be concluded as early as Saturday evening.

The European Central Bank has given Cyprus until Monday to raise the bailout money, or it says it will cut off funds to the banks, meaning they would collapse, possibly pushing the country out of the eurozone. 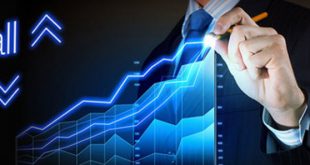 What You should know before trading binary options